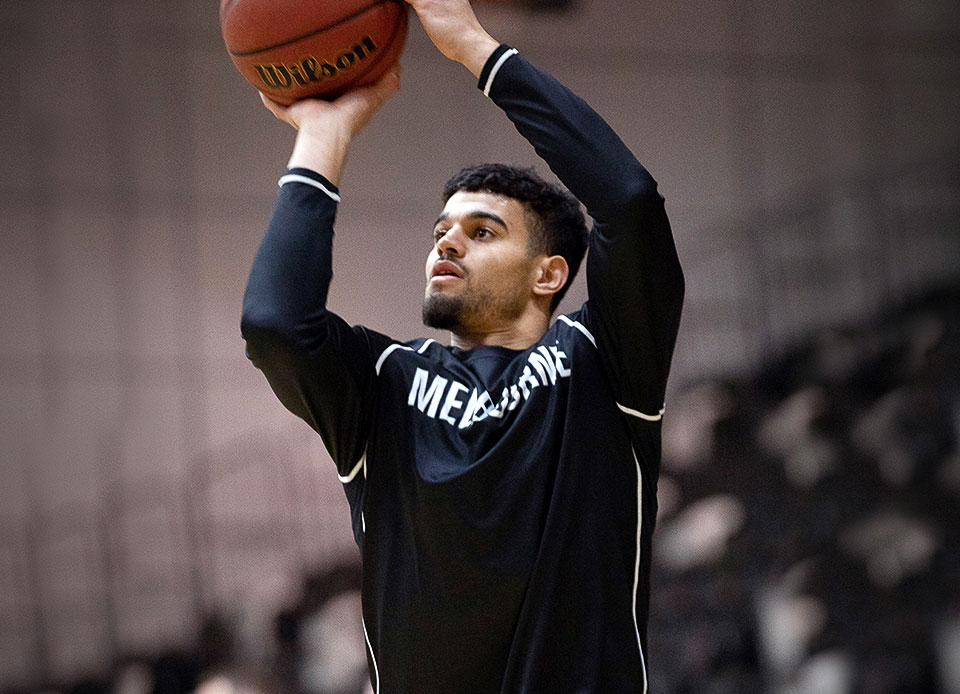 When searching for development players to add to your squad, you want someone with potential, a strong work ethic and willingness to learn.

Sam McDaniel ticks all those boxes and much, much more.

In what is an exciting signing for the club, young Australian guard Sam McDaniel will join Melbourne United for the 2018/19 NBL season as a development player.

McDaniel, a South Australian native, returns home after playing college basketball with the Louisiana–Monroe Warhawks for the past two seasons.

He has a polished offensive game with the ability to shoot it from deep and create his own shot. With the likes of Casper Ware, Chris Goulding and Mitch McCarron around him, expect that trend to continue.

After growing up in Australia and having a Dad – Wayne McDaniel – that dominated the league in the 80s and 90s, playing in the NBL is extra special for Sam.

“It was always a goal of mine to get back to Australia and play in the NBL somewhere, but for it to be in Melbourne and for them to be the reigning Champions, it’s even better.”

Wayne – who owns the third-best NBL scoring average ever at 26.5 points per game – played in the league for 12 seasons, and Sam is excited to forge his own path in the league his Dad once lit up.

“I’ve definitely seen a few highlights of the old base-line jump-shot and a few of his other tricks as well,” Sam said when asked what he had seen of his Dad’s career.

“I understand that he was a pretty good player when he was in the league, but at the same time I’m  a different player to him – our skillsets are a bit different.

“It’s very exciting for me to end up playing in the same league that my Dad was playing in.”

McDaniel’s journey to the NBL hasn’t always been smooth and two years at Southeastern Community College in Iowa taught him some lessons.

“I spent two years at a junior college in Iowa which was rough at times, but it was definitely a good growing experience for me,” he said.

“Playing at Louisiana-Monroe for two years was another step up from junior college and I was able to work on some other things and learn even more along the way.

“I was able to work on all areas of my game and get a different perspective on the game, different coaching tips and experience a different style of play, which ended up helping me improve as a player.”

The transition from college basketball to the NBL started with McDaniel playing SEABL for the Mount Gambier Pioneers this season.

He enjoyed his time playing for the Pioneers and it was another great stepping stone.

With some Australian basketball experience under his belt after a few years away, McDaniel has thrown himself into United’s pre-season.

“Coming in and basically getting straight onto the court and in the weight room, it’s been a really easy transition and that’s due to the guys I’ve got around me,” he said.

“The coaches, the strength and conditioning coach and my teammates are great as well – they’ve been helping me pick things up quickly and understand the way the coaches want me to play.”

You get the sense Melbourne United fans will want McDaniel playing his natural game; shooting triples and making life difficult for the opposition with tough defence.

When his time comes, just know that McDaniel will be ready.

“I’m the type of player who will keep working hard no matter what situation I’m in,” he said.

“I’ll always be ready for any possible opportunity and look to make the most out of it.

“I just try to bring a lot of energy and do whatever the team needs me to do, whether that’s rebound, pass or set screens – I’m willing to do whatever it is to help the team win.”

With guys like Casper Ware, Chris Goulding, Mitch McCarron, Josh Boone and David Barlow around him, McDaniel is looking forward to soaking up as much knowledge as possible from players who have seen it all.

“The opportunity to work with those guys every day and learn different things from them will be huge for me,” he said.

“It will be a really good opportunity for me to improve my game and take little things from each one of them and put them into my game.

“I’m very excited to have the opportunity work with those guys every day.”

After experiencing the vocal Melbourne crowd for the first time in pre-season action against Saint Mary’s last Thursday night, McDaniel can’t wait for the real stuff to begin at Hisense Arena.

“I had a feeling it was going to be pretty crazy and that first pre-season game definitely proved that,” he said of the Melbourne fans.

“I wasn’t expecting the crowd to be so loud. Obviously, it was a pretty exciting game, but to have that much support and to have so many fans come out for a pre-season game is pretty special.

“The Melbourne fans are probably considered some of the best in the league and I’m excited to be able to play in front them.”

Make sure you’re there to be a part of the action. Become a Melbourne United member today – CLICK HERE.