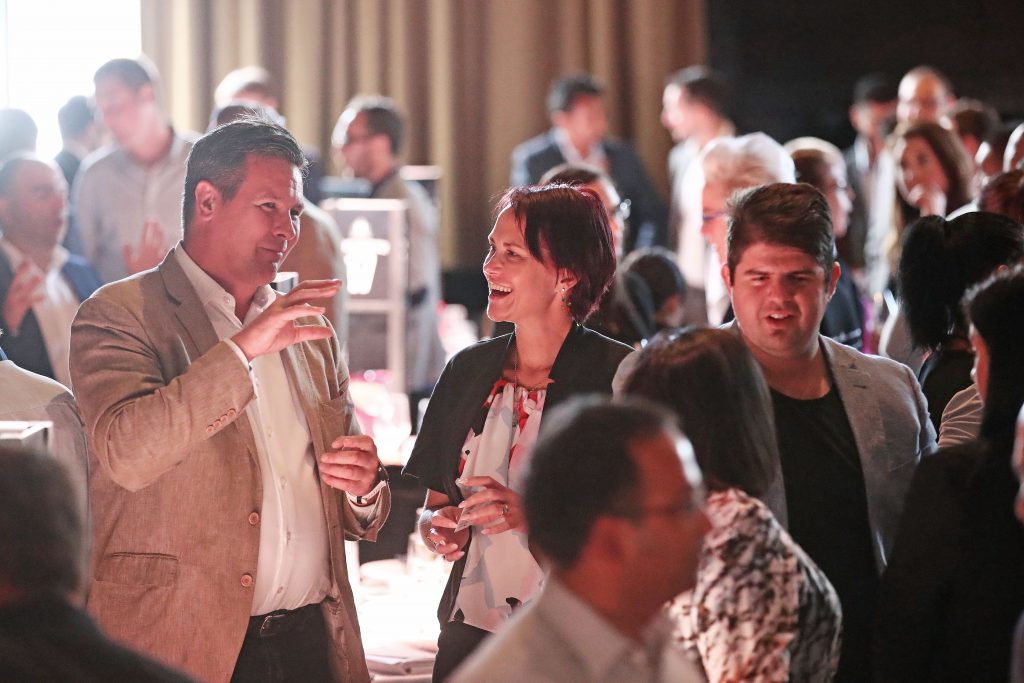 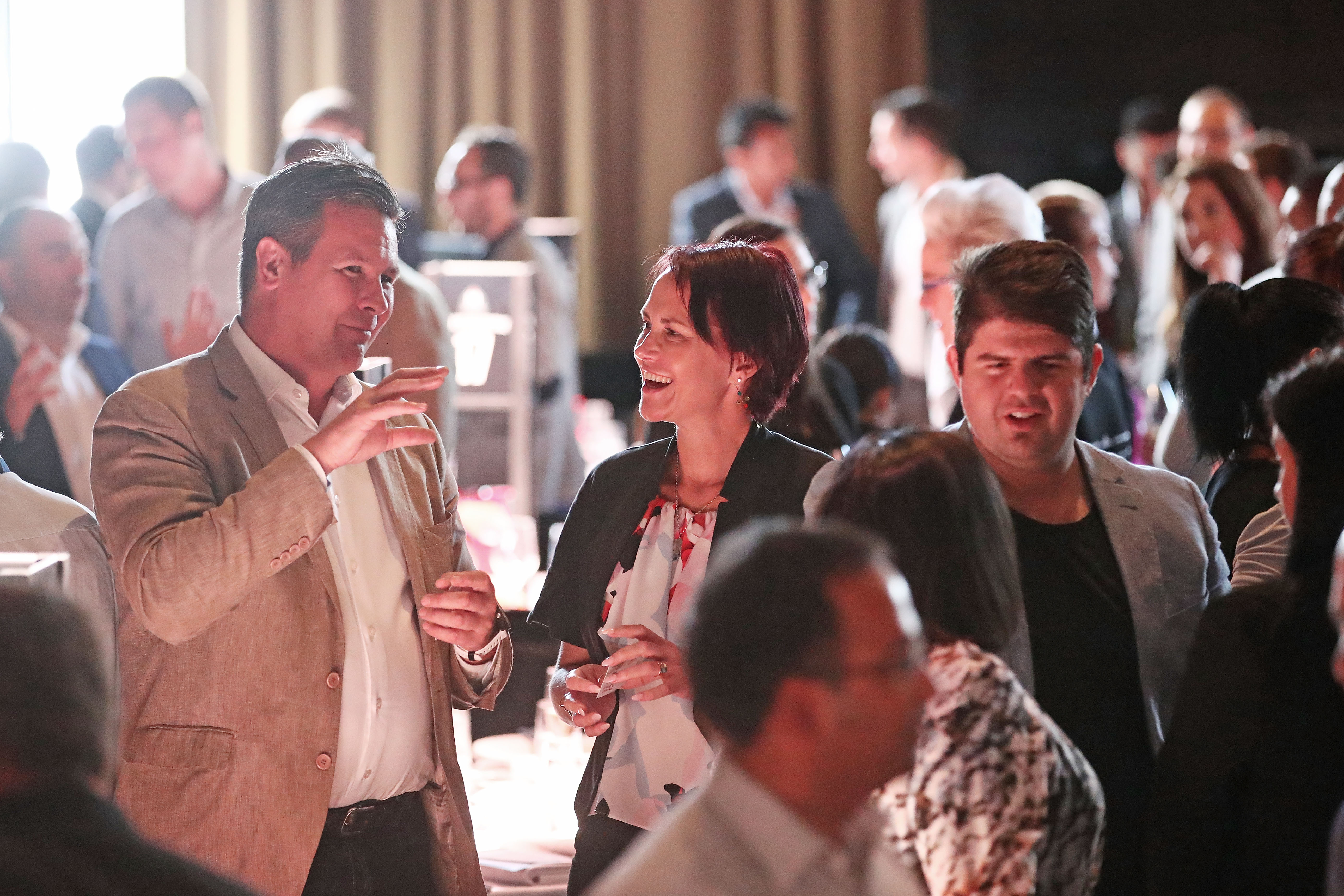 United in Business are pleased to have confirmed the next UIB Luncheon & invite you to join us as we enjoy a networking session followed by the chance to hear from successful business-people : 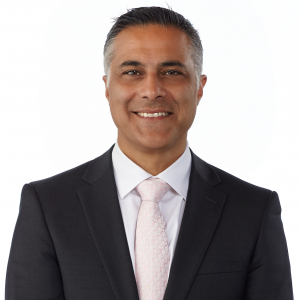 Ahmed Fahour is a renowned business leader and is currently Chairman of Pro-Pac Packaging and non-executive Chairman of BCG Digital Ventures.

In 2000, Ahmed joined Citigroup in New York, where he became a member of its global management committee and also held the position of Head of Corporate Development.  He subsequently became Chief Executive Officer of Citigroup Alternative Investments.

Ahmed was then recruited to NAB in 2004 and served as Executive Director and Chief Executive Officer for NAB/MLC until 2009.  He transformed the bank’s culture and restructured its operations, and in 2006 NAB was named “Bank of the Year” by Moneymagazine and received the Australian Marketing Institute’s National Award for Brand Revitalisation.

In February 2010, Ahmed began as the Managing Director and Chief Executive Officer of Australia Post. Throughout his seven years at Australia Post Ahmed developed strategies to extend Australia Post’s communications business, both physically and digitally.

Ahmed has held many other appointments during his career, and has previously served as a Director of the Carlton Football Club, Board Member of Methodist Ladies College, Chair of the Council for Australian-Arab Relations, and Non-Executive Director of the Murdoch Children’s Research Institute. In 2014, Ahmed was appointed as an Adjunct Professor in the La Trobe University Business School.

In January 2017, Ahmed was appointed an Officer of the Order of Australia for distinguished service to business, and as a supporter of improved multicultural relations.

Do not miss you chance to hear from this inspirational businessman! To purchase your tickets email patrick.karnezis@melbourneutd.com.au 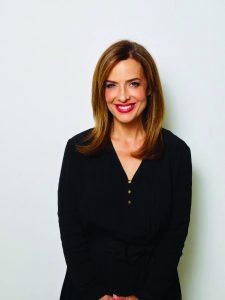 Helen Kapalos is an accomplished journalist, presenter, executive producer & filmmaker, she began at the VMC in 2015, leading a team of 12 Commissioners to champion the full participation of all people in all aspects of Victorian life, promoting community harmony, respect & unity.

Helen’s successful media career as an award-winning journalist has included working for all three Australian commercial television networks as well as the two public broadcasters. In 2015, prior to joining the Commission she directed and produced a feature-length documentary ‘A Life of Its Own’, on the Medicinal Cannabis debate which has aired on SBS Television and Netflix in the US.

Helen has a Directorship with the newly formed Usman Khawaja Foundation. She remains an Ambassador for the Ovarian Cancer Research Foundation and Community Languages Australia.
To hear more about Helen & her journey email at our UIB event please contact patrick.karnezis@melbourneutd.com.au 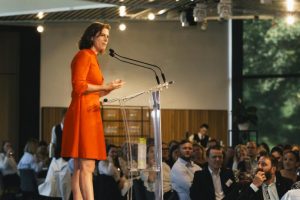 Dr Bridie O’Donnell graduated as Valedictorian from the University of Queensland Medical School. Between 2000 and 2006 she was a rower and then an Ironman triathlete, and finished the Ironman Hawaii World Championships in 2006.

In 2007, she began road cycling. From 2008 to 2012 she raced in the Australian National Team, and then Professional Italian teams in Europe and the United States, representing Australia at three World Championships.

In 2014, Bridie took on an inaugural role as a breast physician at the Epworth Breast Service. Here her work involved reviewing long term breast cancer patients and counselling them about exercise, weight control and preventing recurrence of breast cancer.

In 2016, she became the first Australian woman to make an attempt on the UCI World Hour record in 15 years, and broke the National record, the Masters record and set a new world record of 46.882km at the Adelaide Superdrome.

In November, 2017, Bridie was appointed the inaugural Head of the Office for Women in Sport and Recreation by the Victorian Government.

Dr Bridie O’Donnell will be taking part in our Q&A panel. To purchase your tickets email patrick.karnezis@melbourneutd.com.au 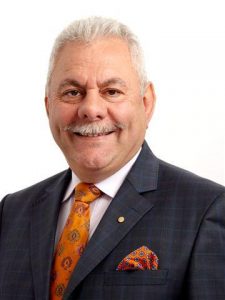 Huss is a very proud Australian with a Turkish Cypriot heritage, migrated to Australia with his family at the age of 10 at a time where you were expected to assimilate into the Australian way of life and not to be different. Multiculturalism was not promoted than and he had very little support to learn the English language

Huss under these very difficult circumstances was able to in just over 5 years learn the English language, pass his grades and at the ripe old age of 16 obtained his first  job at the then known State Bank Of Victoria which merged with Commonwealth Bank in 1991.

Huss is now a Senior Executive at Commonwealth Bank of Australia and is the General Manager, Multicultural Community Banking Australia, a division that he initiated in establishing in August 2016. Huss  has 44 years of service with CBA who during this period returned to university part time with the support of CBA and he currently Holds a:

Huss’s work in promoting Cultural Diversity in the community and the work place was also acknowledged on the 2014 Queens Birthday’s Honours list and was awarded the Order of Australia Medal for his services to Multiculturalism and Business.