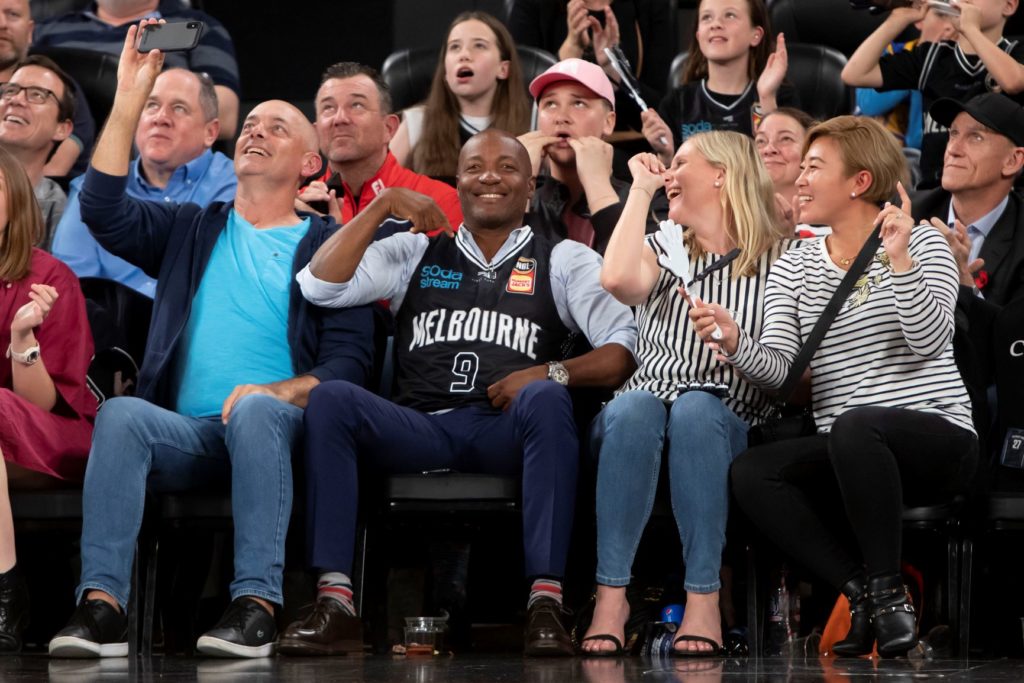 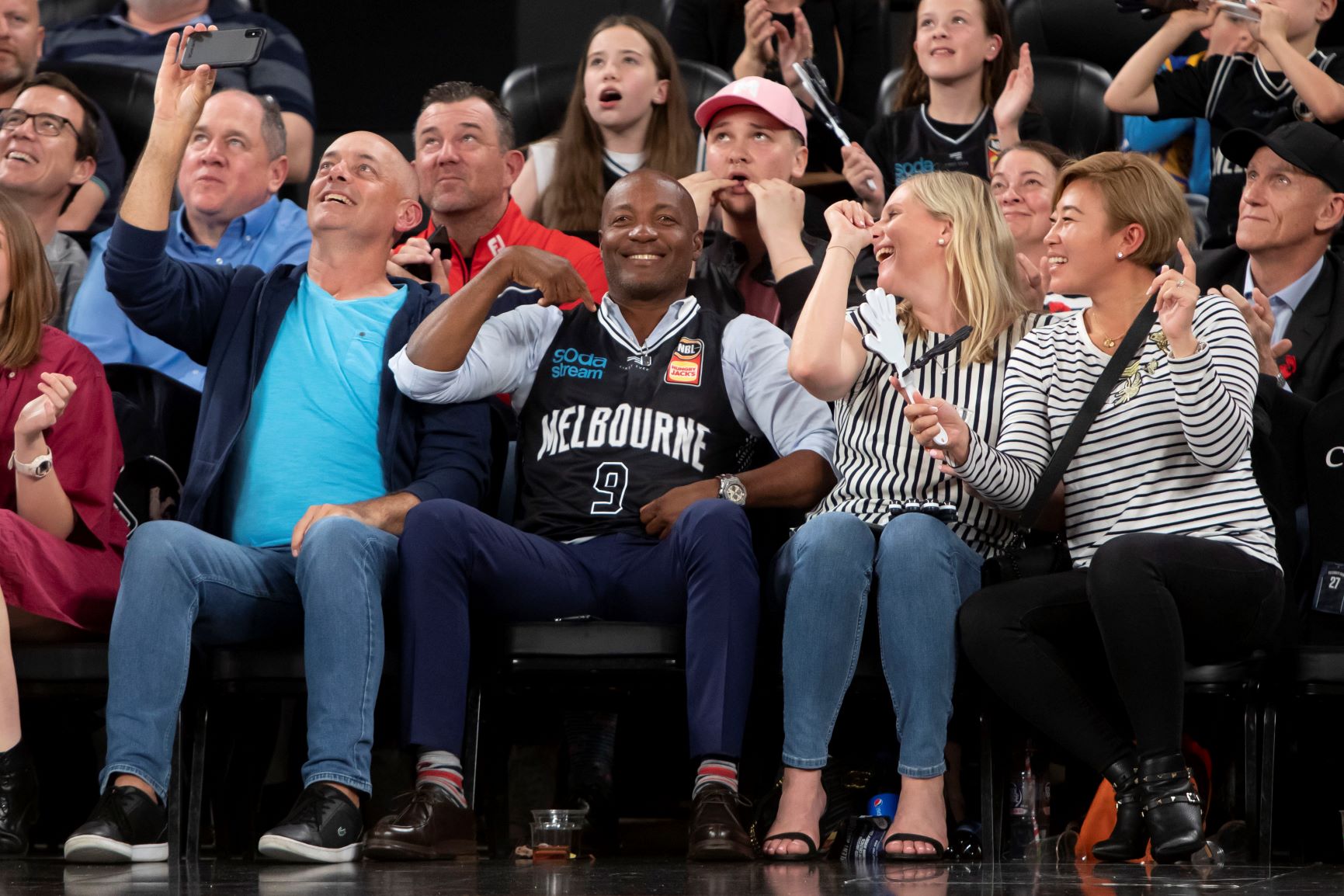 Brian Lara is an absolute icon of world sport who knows how to put on a show, and when he sat courtside on Cup Day Eve at Melbourne Arena, he immediately felt a connection to Melbourne United.

The West Indian cricketing legend, who holds the record for most runs scored by a batsman in a test innings with 400 not out, is currently in Australia and proudly calls himself a Melbourne United fan.

“I found out about Melbourne United and with that victory against Sydney, they definitely became my favourite.” Lara said.

PURCHASE TICKETS TO AN EVENING WITH BRIAN LARA HERE

In what was an absolutely thrilling 107-104 win over rivals Sydney Kings, Lara soaked up every second of the drama and action, fully immersing himself as a member of the sold-out 10,300-strong crowd.

You truly never know who you’ll run into courtside at a Melbourne United home game – one of the greatest cricketers ever may just end up sitting next you!

Lara has a long connection with Australian sport, having battled against Australia in countless cricket matches, going head-to-head with such Aussie legends as Shane Warne, Glenn McGrath and Ricky Ponting. 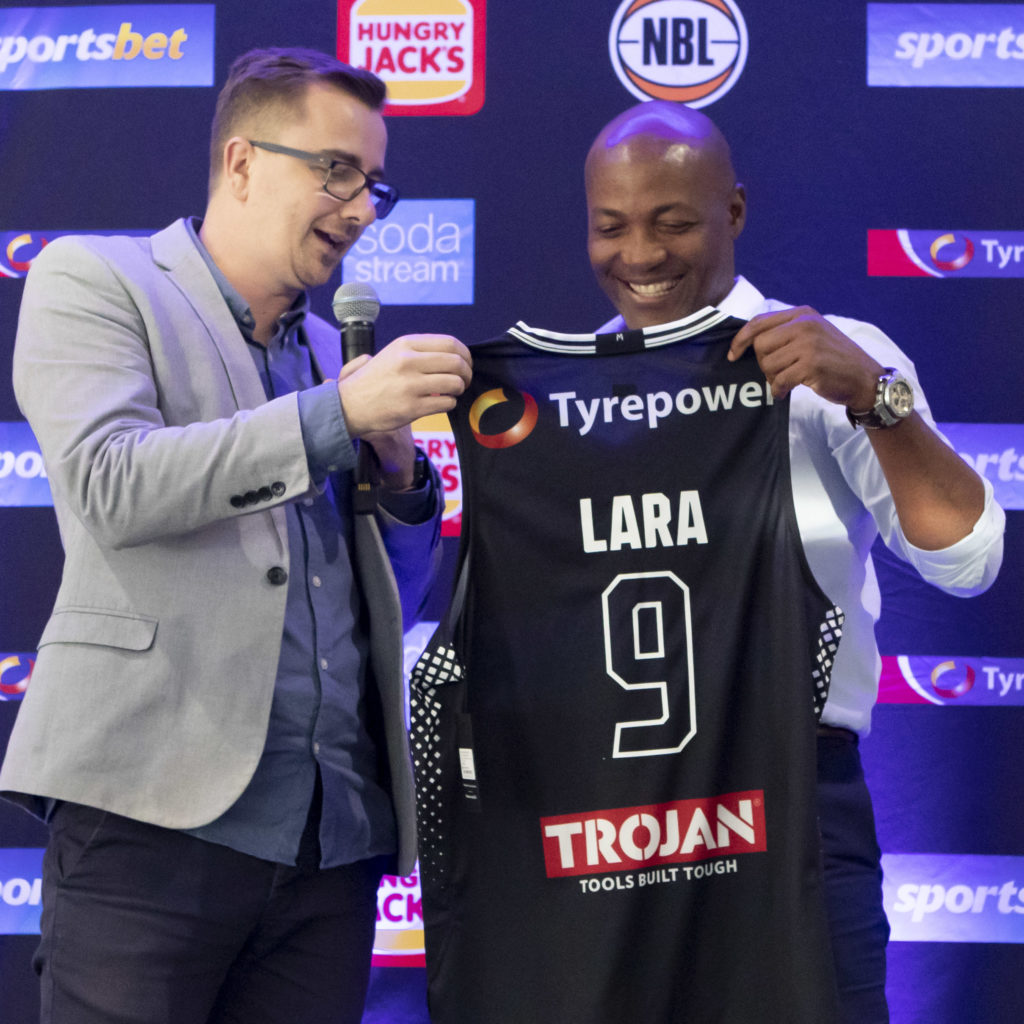 A man that loves his sport, Lara attended the Cup Day Eve blockbuster before going to the Melbourne Cup the following day and always enjoys his time in the sporting capital of the world.

“I just arrived a couple of days ago, it’s Melbourne Cup week and it’s always an amazing time to be in Australia,” Lara said to our own Pete Hooley on the broadcast at the game.

“The atmosphere here is amazing tonight – it’s amazing and the standard is very high.

PURCHASE TICKETS TO AN EVENING WITH BRIAN LARA HERE

Whilst the game was an absolute barn burner with the sold-out Melbourne Arena crowd riding every play, one of the loudest cheers of the night was reserved for Brian Lara. When he was shown on the big screen in the fourth quarter, the crowd erupted as he proudly showed his United pride, wearing a personalised Melbourne jersey.

There’s no doubt that Lara loves to have fun and his infectious energy was on full display courtside at Melbourne Arena.

That energy will be on show on 28 November when Lara takes to the stage at one of Melbourne’s most iconic venues; the Palais Theatre. ‘An Evening with Brian Lara’ is sure to be a night of laughs, untold stories and provide a message of hope.

Lara will talk about his life, family and illustrious career that saw him start from modest beginnings to become an all-time great of world cricket.

For one night only in Australia, Lara will provide exclusive insights and have a lot of fun along the way.

Tickets start at $49 and are available through Ticketmaster. TICKETS AVAILABLE HERE.