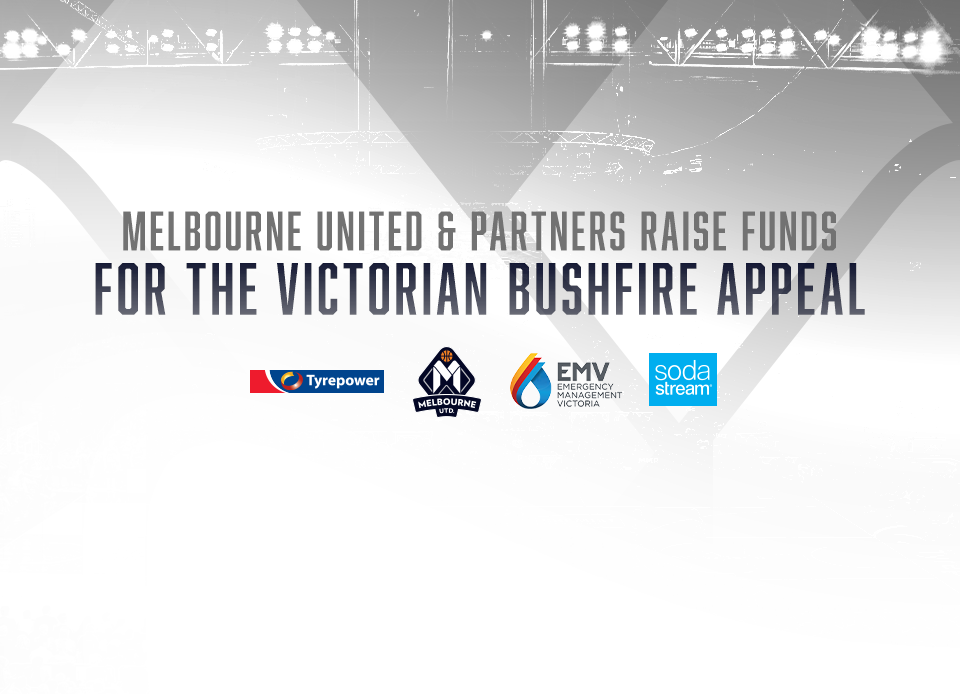 Melbourne United dedicated the month of January to raise much needed funds for the Victorian Bushfire Appeal and proudly announced the final tally raised at half time of their clash against Illawarra at Melbourne Arena on Saturday evening.

Everyone within the Melbourne United organisation has been touched by the devastating fires and have been inspired by the way in which the Australian spirit has shone through in the most trying of times.

Melbourne United is pleased to announce that in conjunction with our board and major partners, a total of $161,050.60 has been raised.

“We’re extremely proud to be part of a community that works together when times are tough. The devastation caused by bushfires across Australia has been immense, but the Aussie spirit that has shone through shows what this country is all about,” Crivelli said.

“Bringing together the generous community that we’re a part of has resulted in an immense amount of funds being raised for the Victorian Bushfire Appeal, and we’re thankful to be able to hand over a cheque of $161,050.60 to the appeal.”

Melbourne United is honoured to be part of a community that unites as one when times are tough and places great importance on being able to lend a helping hand for those that need it most.

“The funds will go directly to those who need it most as they begin to rebuild their homes, livelihoods and communities, and we’re honoured to be able to play a small role in lending a helping hand.” Crivelli said.

On top of the funds raised, Melbourne United is committed to dedicating a regular fixture going forward to recognise those impacted and the courageous volunteers and responders who protect communities.

Melbourne United understands its role as a leader in the community and the responsibility that comes with that. Being an active member in the local and wider community is of the utmost importance in everything United does.